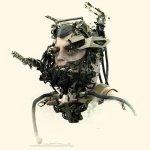 I recently went to my bookcase looking for Mortimer Adler and Charles Van Doren’s book How to Read a Book and started to re-read Chapter 20 The forth level of reading: Syntopical reading – how to read two or more books on the same topic. This book’s chapters 1-19 are on Youtube, sorry Chapter 20 is not. However, I will be making use of this chapter while reading Nassim Taleb’s book The Black Swan and Herbert Marcuse’s book One Dimensional Man, and will be demonstrating how syntopical reading operates as we examine the thesis that Donald Trump is a black swan one-dimensional man.

The past DAMBlog entries have been experiential  (CE); were supported with readings, documentaries, and Web content; which were reflected on (RO); adding to our abstract conceptual knowledge (AC); and then used to write (AE) anticipating what is unfolding. Black swan events are coming and by repeating this process we expect to build an understanding of emerging events, but doing this requires multi-dimensional thought. This is the Kolb learning model behind this blogging experience.

So, as these past blog entries are referenced they re-enter our dialectic-analytical framework of inquiry. The recent blog entry, Black Swan Trump, began this trek, which initiated the inquiry into Trump’s election as a black swan event. We add Herbert Marcuse’s book One dimensional man, to our investigatory tool kit and on this Presidential Inaugural Day, January 20, 2017, we begin following President Donald J. Trump as the President of the United States. As he delivers his inaugural speech, we will be listening to his words, sentences, and paragraphs!

What is interesting in Mortimer Adler’s interview below, The Great Ideas, is that he can tell by the way a person speaks – the words,  sentences, paragraphs, the themes developed, a speaker’s dimensionality of thought. This is the same thesis in Marcuse’s One-dimensional Man book that we are studing. This is a Sherlock task – listen carefully to Trump’s rhetoric in his inaugural speech.  The objective is to examine Trump’s  words, sentences, paragraphs, we are not sure tweeting Trump can even think in paragraphs but we will soon see, as we were told he has writing his inaugural speech. As we listen to Trump’s speech, we need to listen with Mortimer’s framework. The other Adler book I took down from my bookcase was “How to speak and to listen”. [This was posted the morning of January 20 and below is Trump’s Inaugural Speech, which continues our analysis of the dimensionality of Trump’s thought. It is being suggested that comprehending the movement to higher levels of thought will help us see into future “black swans”.]

The great ideas Adler mentions are those of justice, freedom, labor, language, law, infinity, mortality, and soul. When Mortimer is asked by William F. Buckley why these great ideas are not being taught in schools today, like they were at the height of the British Empire, Adler’s response is shallow – “they were stupid.”  What has made them stupid, should have next been asked. Marcuse more dialectic-analytical response is that corporate capitalism of 1817 has changed – the leaders managing GB’s global empire were taught the Classics in order to think on their own on the other sides of the Globe. It has been assumed that we do not need this thinking skill today – we have an increasingly technological, centralized, authoritarian, web system that does the thinking at the top for labor. All that is needed is to teach labor to fit into the pace of machines – thinking is not allowed. This is what schools of business do – they do not teach the skill of critical thinking, if they had, we would not have had the 2008 financial crisis or the ones coming.

To begin studying our one dimensional society, this Herbert Marcuse’s interview will introduce his thought and initiate the  processes of critical thinking needed for our multi-dimensional global society.  Okay, this investigation will continue. Think about this day!

Herbert Marcuse and the Frankfurt School (1977)

Part of our focus going forward applies Marcuse’s One dimensional Man’s dialectic-analytical framework to Trump, his leadership, and his administration.  We will continue addressing this project in DAMBlogs.